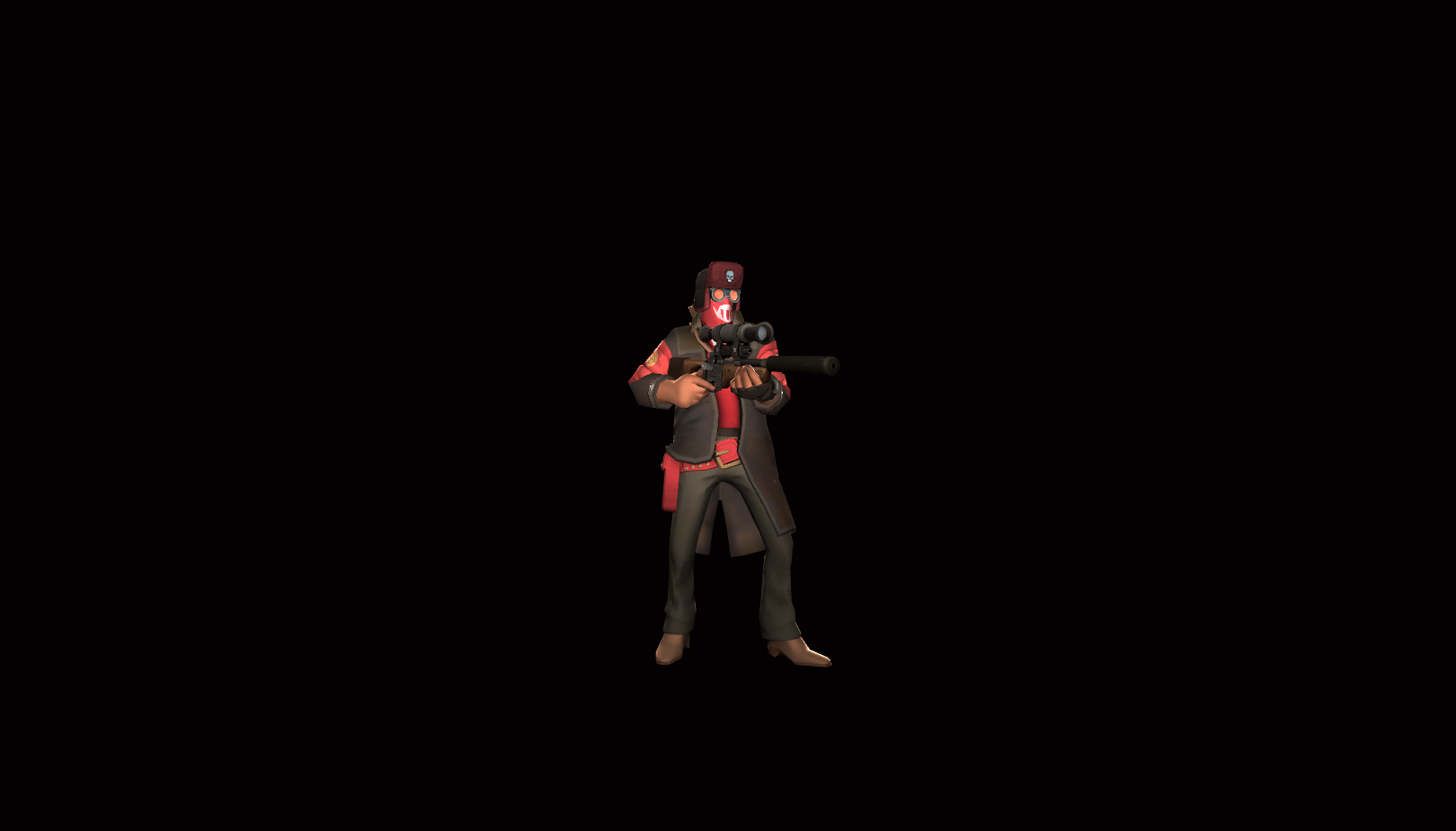 The Wastelander. a crack-shot with his trusty supressed rifle, made by the Scrapper. He’s become somewhat of a myth throughout the badlands, nobody knows for sure what he looks like, as he prefers to pick off targets from a distance. He has no known affiliation, or rivalries. He kills without warning, and vanishes after its been done.
Scout 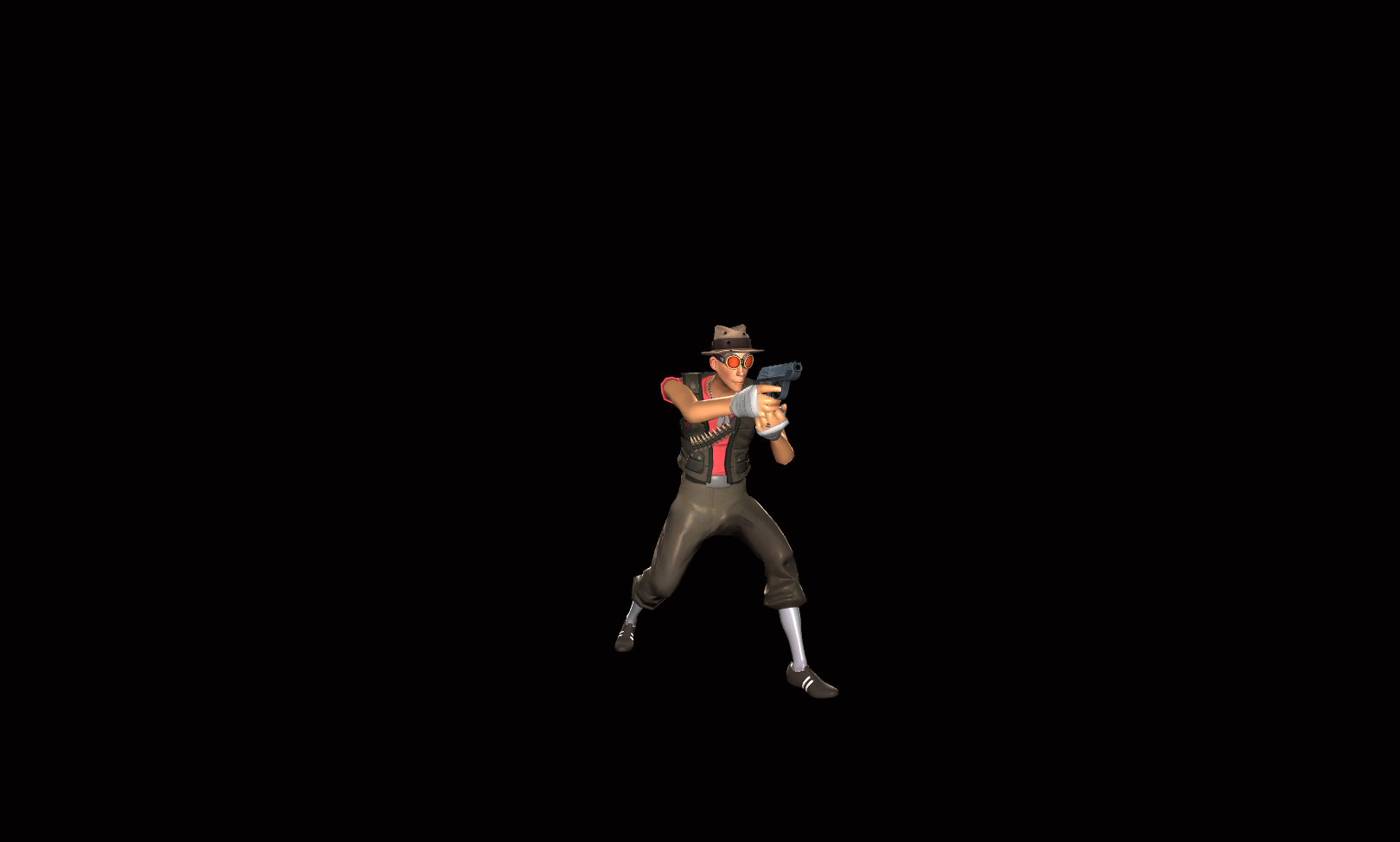 The Gun-Runner. a quick moving traveling weapons salesman. He makes a living by providing passers by with weapons that he trades for supplies. Most of the weaponry he sells is supplied by the Scrapper.
Soldier 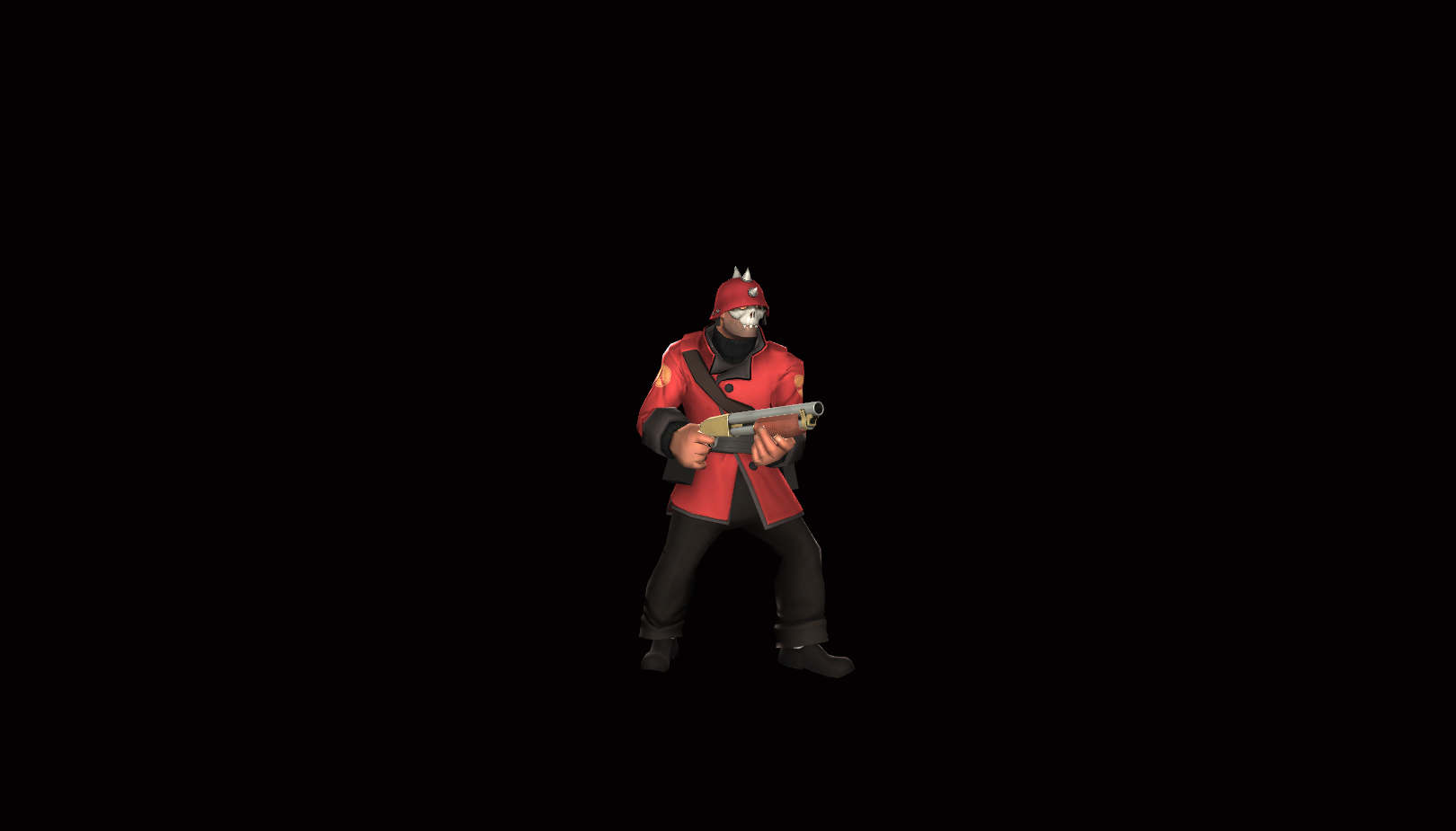 The Bandit Leader. A rutheless no-name killer, whos clan follows his order. He often kills or brutalizes those he sees unfit, whether it be for supplies, revenge, or his own personal amusement.
Engineer 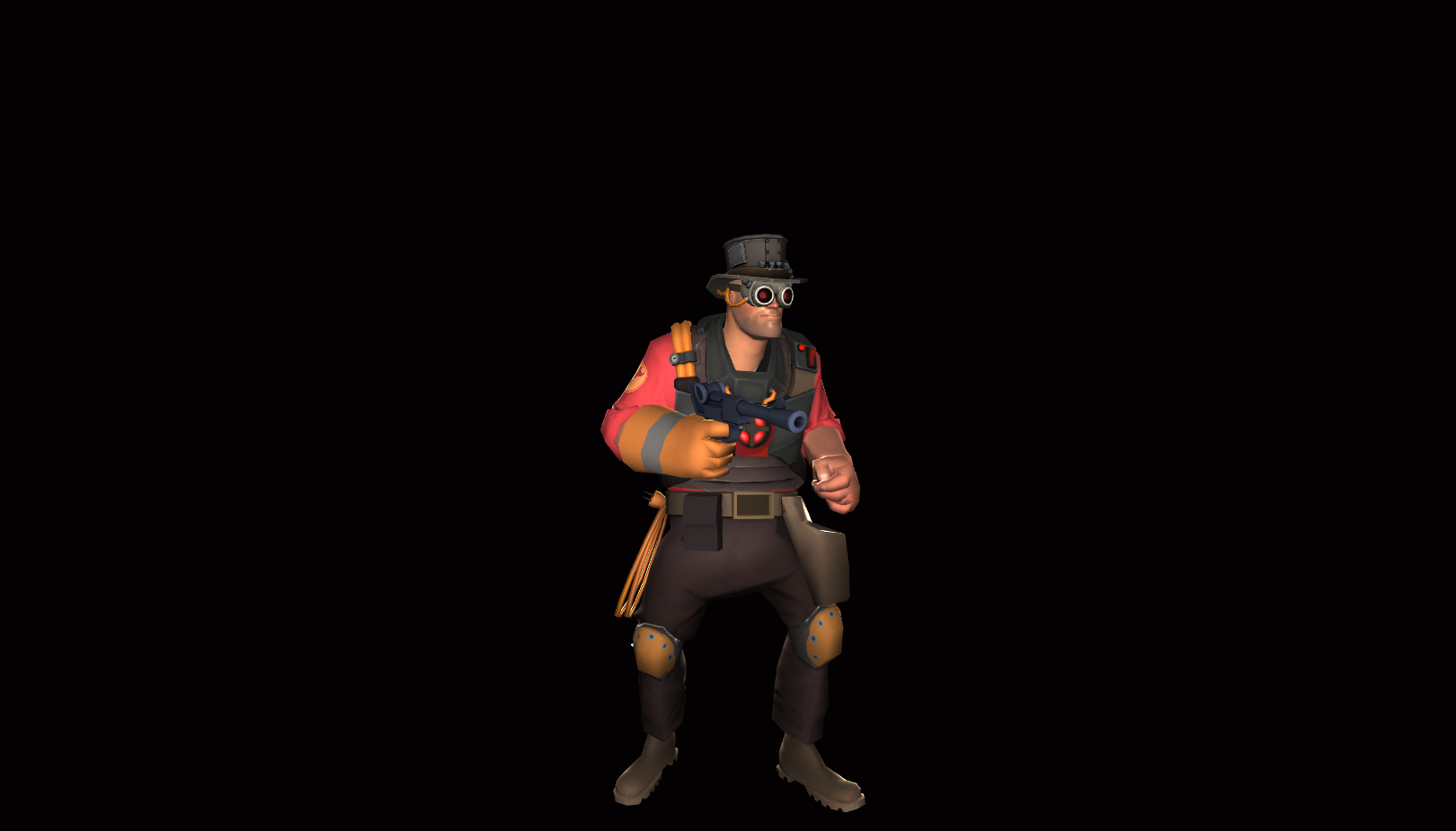 The Scrapper. a talented weapons-smith, makes weapons of all sorts using the equipment and scrap he finds. Hes the main supplier of custom made and high quality weapons throughout the wasteland. Due to his usefulness and unbias, he nets himself a good living, as well as having no enemies or anyone seeking to cause him harm.
Pyro 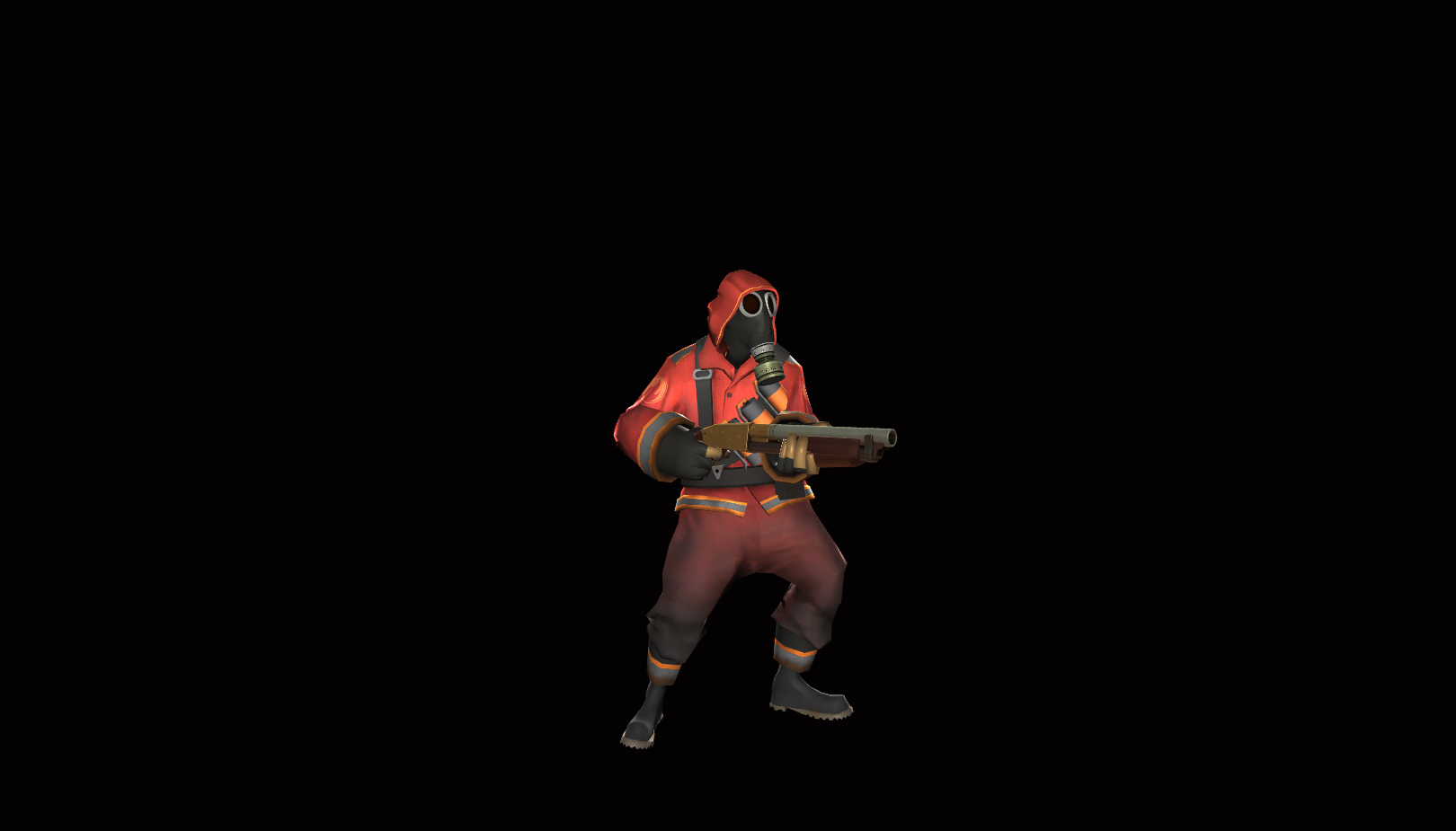 The Stalker. This twisted psychopath is much like The Wastelander, due to him not having any known affiliation with the groups of the badlands. What he does have however, is a set of rutheless tendancies to murder without hesitation, and in a messy, bloody fashion. He’s become a local version of the boogeyman, described as being tall, looming figure in a gas mask and a hood.
Spy 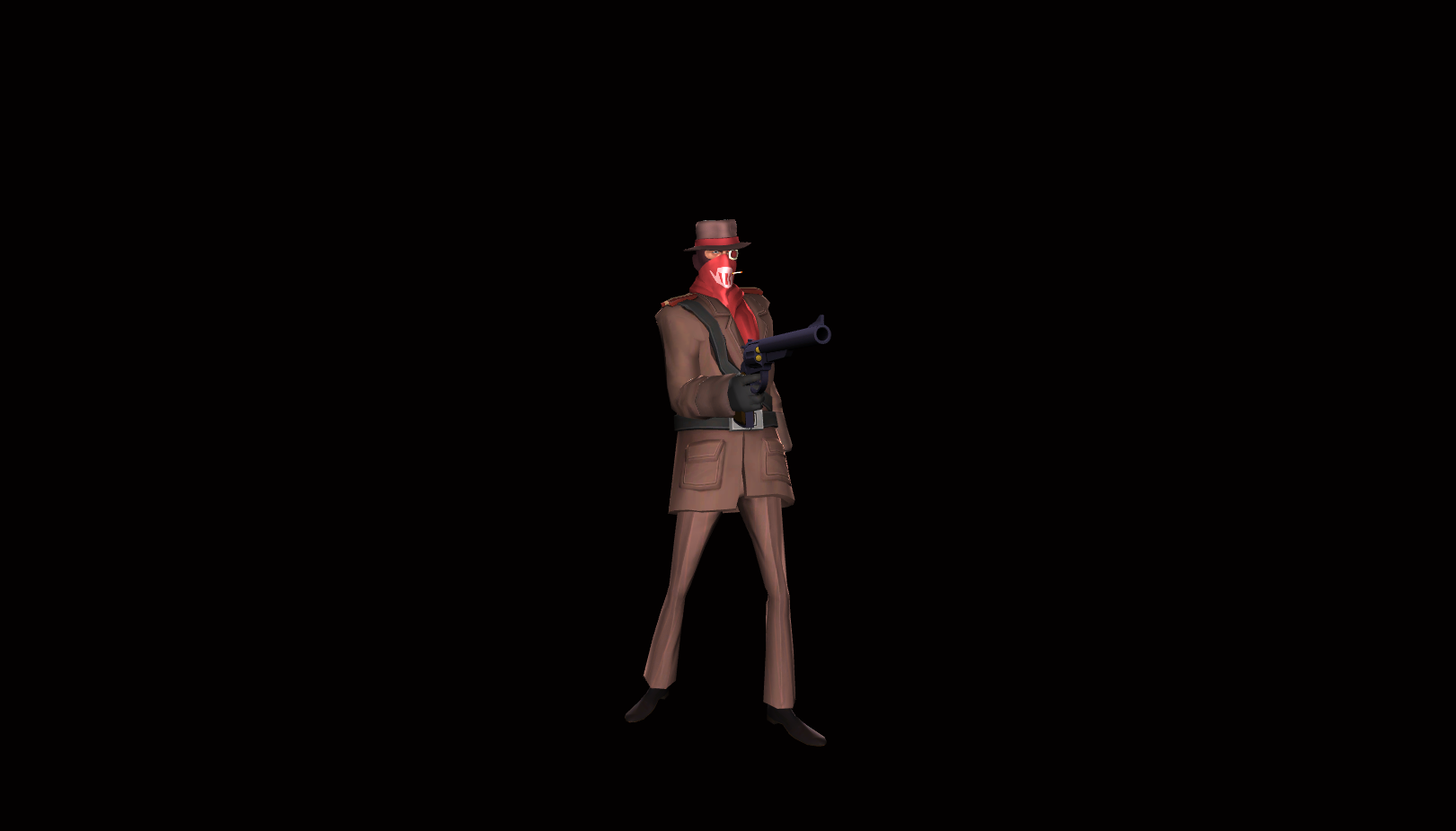 The Duelist. The Duelist is a sharpshooter, with cat-like reflexes, his trusty revolver is a pristine collectors item from the old-world. A large caliber revolver, which he utilizes to put down anyone who stands in his way of seeking out the mythed treasure of the badlands.
Medic 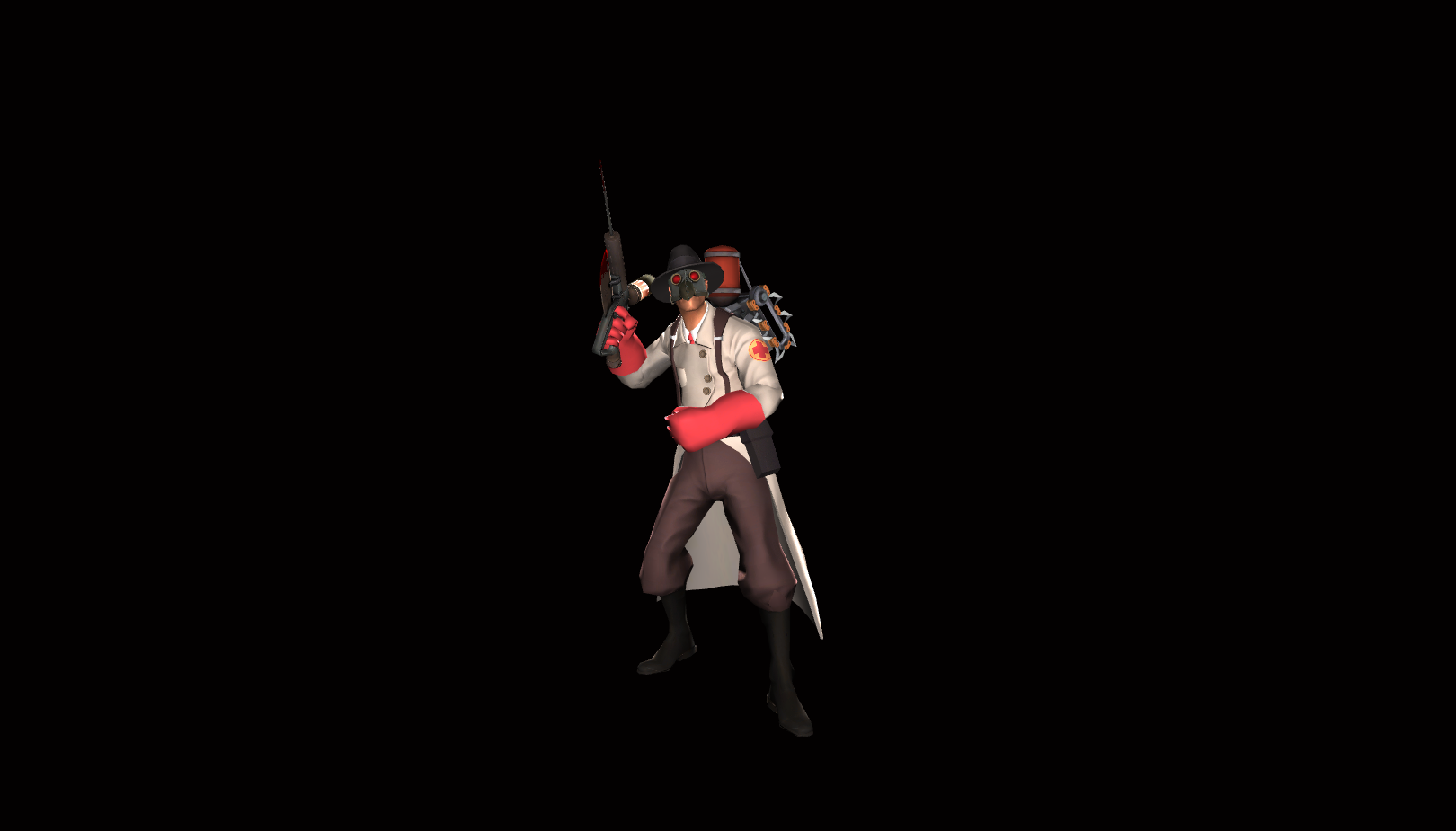 The Harvester. A doctor gone mad, he was a a traveling medic of the badlands, providing for his family with the supplies he earned. This was before the Bandit clan attacked the settlement he was living in, where his wife and young son were brutally cut down in front of him, he was the only survivor left alive in the settlement.
Demo 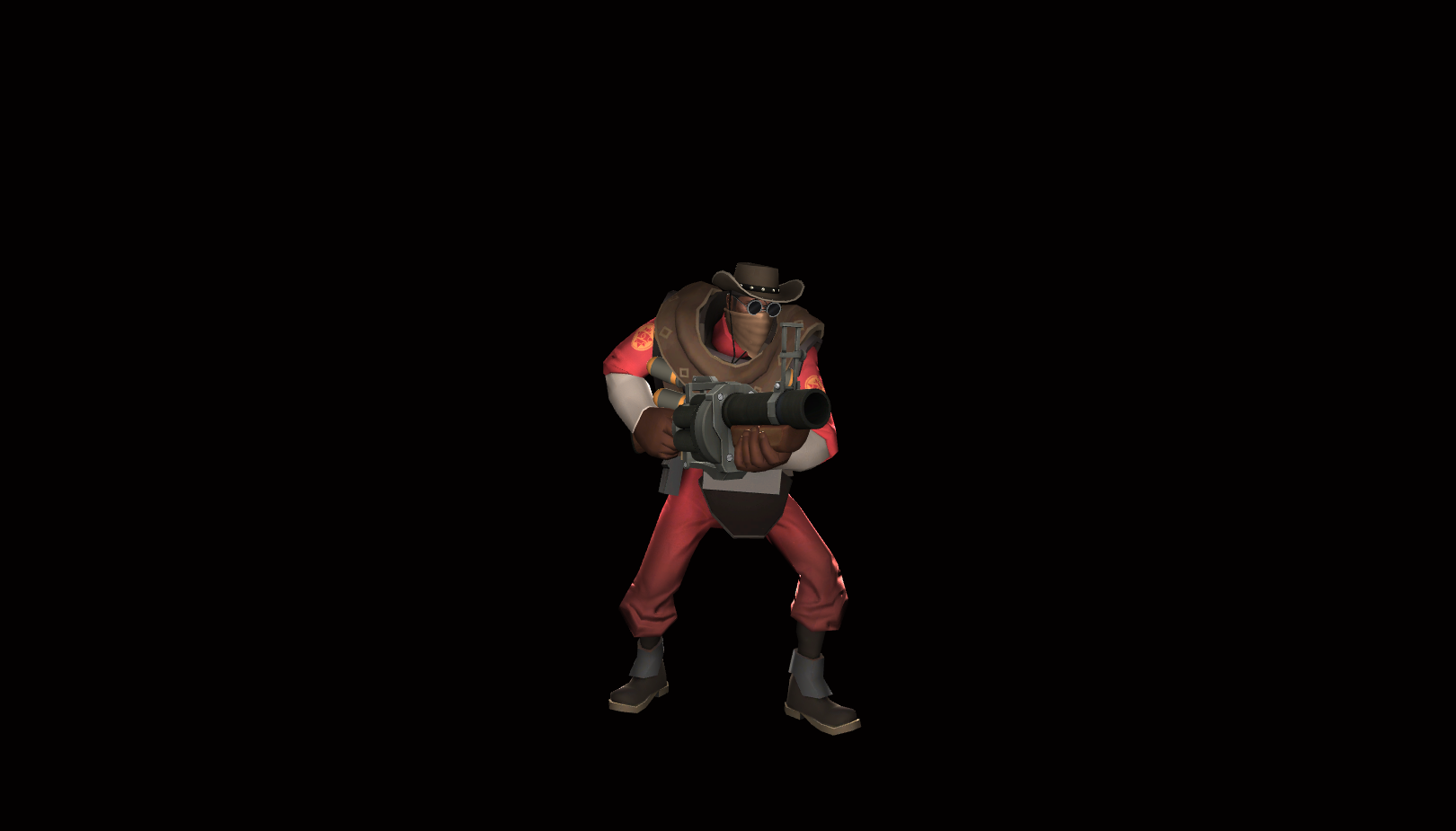 The Wanderer. The wanderer is a nomad. He travels from place to place, and is somewhat a justice dealer in the badlands. He has his trusty grenade launcher, purchased by the Gun-Runner, made by the Scrapper. He’s used it from time to time to fight bandits, and destroy any settlements they’ve created that hes come upon.
Heavy 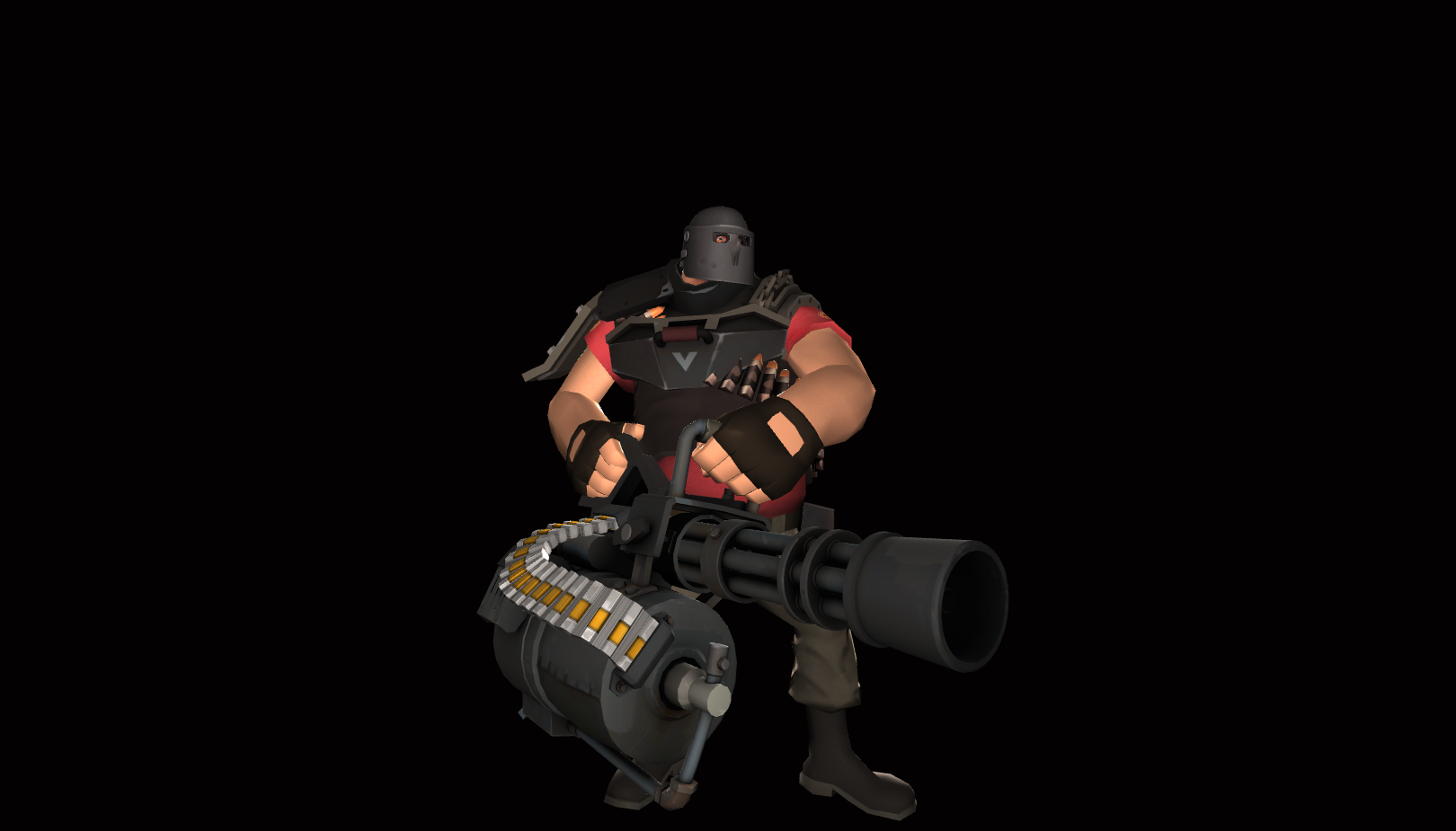 The Bandit Tank. The Bandit Tank is what the name implies, a massive monstrosity of a man, who is armed with a minigun, heavy body armor, and a bulletproof helmet, hes one of the few people to be shot by the Wastelander and live to tell about it, he’s also fended off the Wanderer from several attempts on the bandit-leaders life.
Post a Comment Cancel reply