Choosing a Server
When you first enter the game, you must choose a specific server you want to play on. You’ll find official servers under the play button.

Servers can be found by searching online. To connect to a specific server, find the server’s IP and port. Open the console by pressing the F1 key and type: client.connect IP:PORT
An example of this is: client.connect 5.196.251.5:28015

Basic Functions
After you load the server which will take about a minute, you’ll spawn randomly into the world, naked. Press any key to wake up. This will happen every time you login to a server.

Here are some basic functions to know:

In your inventory will be a rock and a torch. The rock is for gathering resources and the torch is for light.

Gathering Resources
You will have to start gathering resources to build items which can be done with your rock. Every time you gather something, a green box above your health, thirst, and hunger will appear with your item and quantity.

Hemp
An important material for bandages, clothes, and many other items. First you want to be looking for hemp. They are found in grassy areas and can be picked up by looking at it and pressing the interact button: E. It will give you cloth and hemp seeds (which you can plant)

Wood
Used for fuel, basic building material, tools, weapons, and crafting. To gather wood, go up to a tree with a tool(rock) and hold down mouse1(left click). It will disappear when you reach the maximum amount of wood you can get from it.

Stone
Used for tools and a stronger building material. You will have to locate special looking rock nodes (shown below). They are found throughout the map and inside caves. To gather stone, do the same process to gather wood. It will slowly disappear in chunks until all the resources are collected. Also ores are collected from rock nodes such as metal ore, sulfur ore, and high quality metal ore.

Food
Most likely will increase your health, thirst, and hunger levels when eaten. Most common food plants found in the wild are mushrooms, pumpkins, and corn. Pumpkins and corn will give you seeds which can be planted. Pickup up food plants by pressing E

Barrels
Barrels are randomly found throughout the map in flat terrain and monuments. They will drop various types of loot which are used for crafting. Break open barrels with tools

Wood
Hatchets/axes are the primary tool for gathering wood. Using other types of tools are less efficient. The order of worst to best wood-gathering tools are: rock, stone hatchet, hatchet, salvaged axe.

What to Craft
After gathering a bit of wood, stone, and cloth, I recommend crafting the following items:

–Sleeping Bag: Basically a respawn point when you die, hide in bushes or house since they can be destroyed by other players Cost to craft: 30 cloth, 100 wood 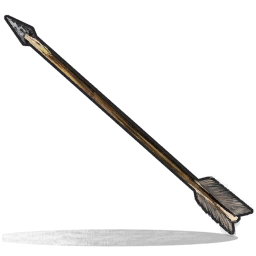 –Paper Map: Shows monuments and your location. Press G to open while in hotbar. You can draw on a map Cost to craft: 1 paper

Survival Tips
There are many tips to know in order to survive.
Cold
-Avoid snowy areas since they can cause the too cold status to appear
-Avoid wading through deep water which also causes the too cold status
-The too cold status appears below 5° Celsius and will cause you to lose health over time
-You become cold at night
-Craft and light a campfire to stay warm

Hunger
-Eat plant foods to reduce hunger
-You can kill animals/players and harvest them for food. Cook all raw meats in a campfire before eating. Eating human meat will greatly reduce thirst so avoid eating that. 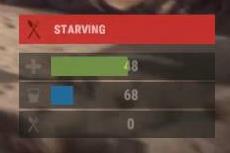 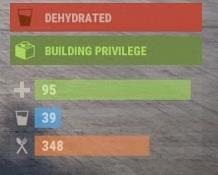 Other Players
-Avoid other players except friends if you don’t have a weapon
-Avoid players with clothes/armor as they most likely have higher tier guns/weapons
-Harvesting resources, running, walking, guns all make sounds which can be heard by players

Monuments
-Avoid monuments as they attract players for their loot, visit them after gaining weapons/armor
-Many monuments give off radiation and give you radiation poisoning when you approach them
-They can be located on a paper map 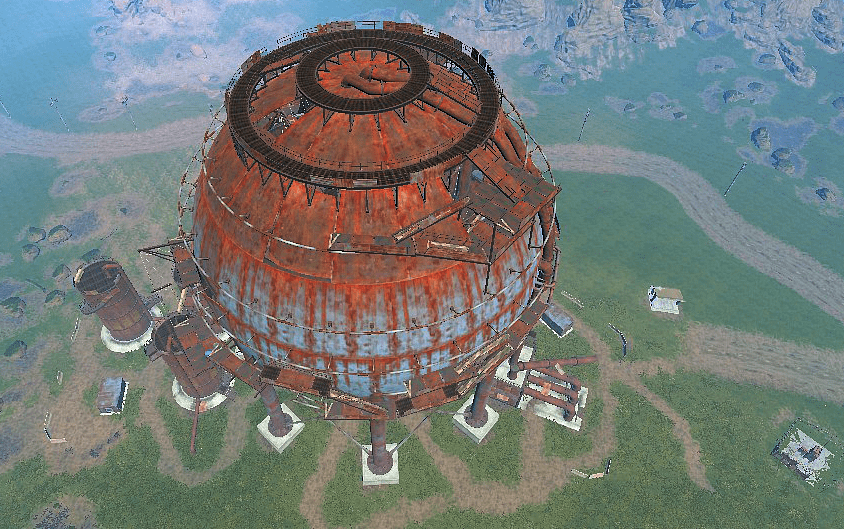 Building
After gaining many resources, you’re going to have to build a house/base to store your items in. Keep this in mind: other players will attempt to raid your base and no base can be 100% raid-proof. Make your base well built and this will keep other players out.

Building Plan
You can start building with a building plan. Pick a large, flat area for building. Never pick an area with an incline or obstacles in the way. Have the building plan in your hand. There will be a blue silhouette of what you’re about to build. Left click to place it down, left click and hold to select a different type of building object. 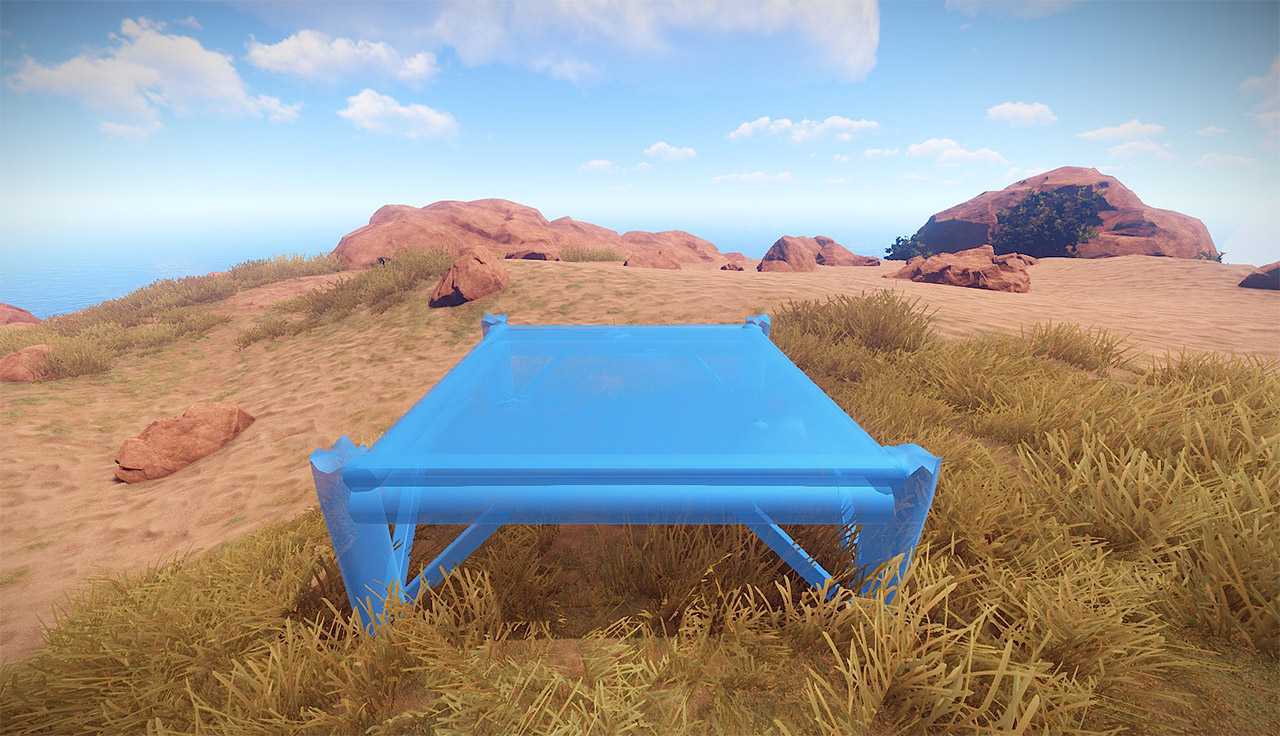 Hammer
A tool used to upgrade, repair, and rotate building objects. It can be used to upgrade a structure’s tier from twig to wood to stone to sheet metal to armored. They can be upgraded by looking at a structure and holding down the right mouse button. Stone is a good tier to upgrade to. Images below of a hammer and wall tiers in order. 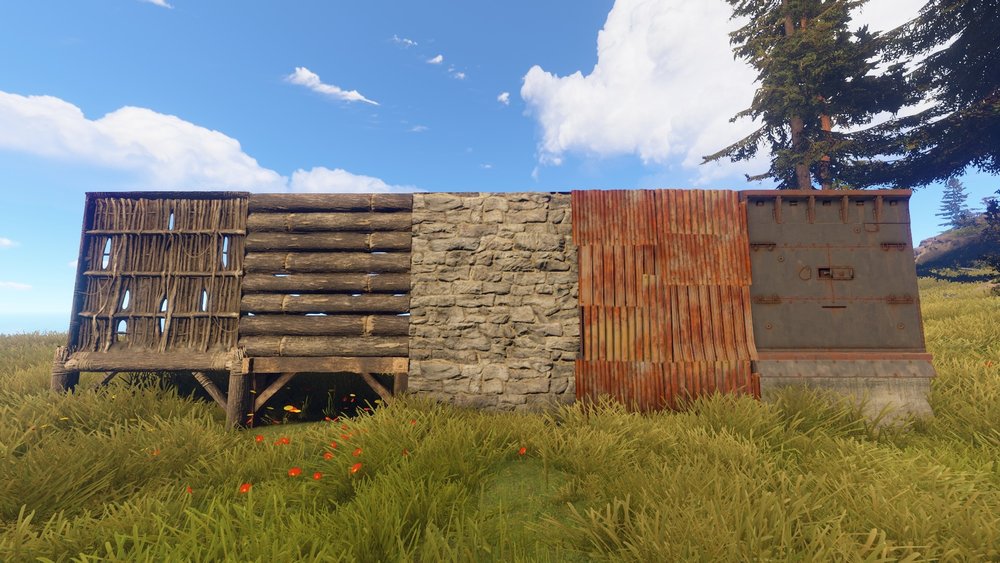 Building Info
-Foundations are the support of your base. If destroyed, anything attached above it will be destroyed. Upgrade them to the highest tier you can. They also decay over time and must occasionally be repaired with a hammer.
-Never place windows as they are easy to go through
-Important: Always craft and place a tool cupboard which prevents anyone else from building on your base
-Always place a ceiling(floor) on top of base
-Walls will keep intruders out. Walls have a soft side which able it to be destroyed easier on that side. When building keep the soft side facing towards the inside of the building. They are marked by an X on a twig wall. Rotate them with the hammer (Below: Left: soft side, Right: hard side) 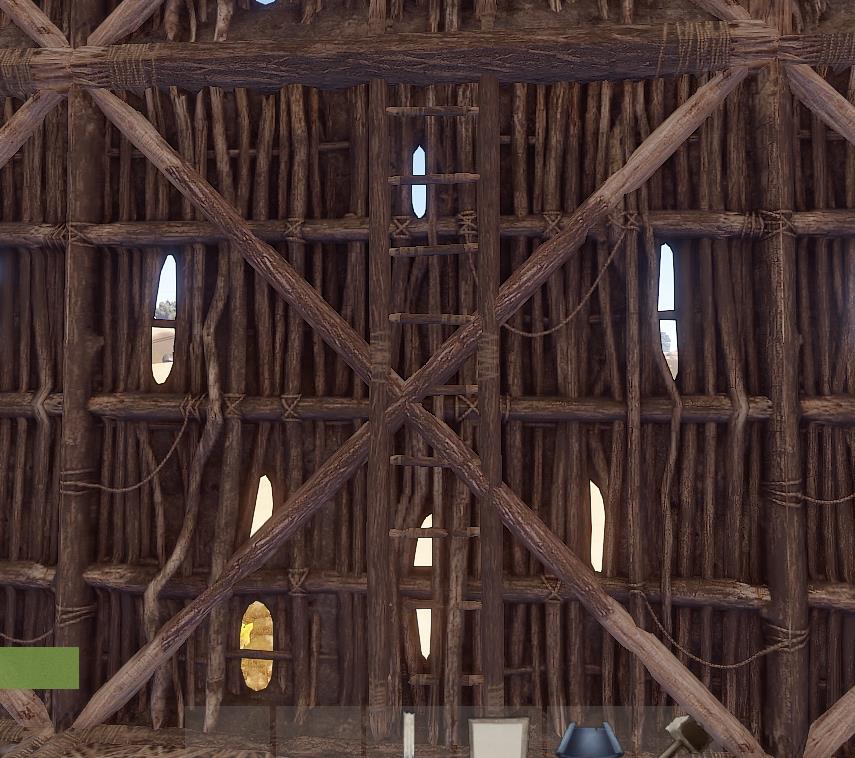 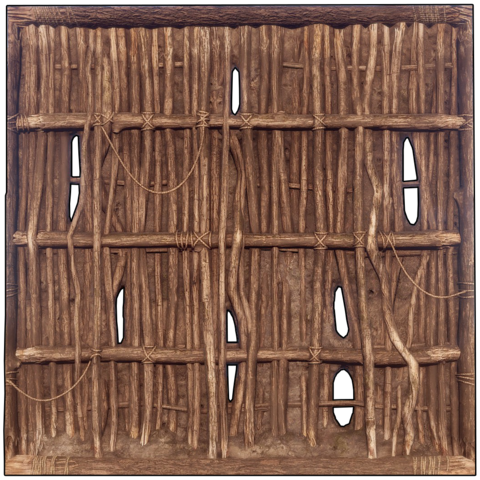 Doors
Doors are placed inside of a door frame. There are 3 tiers for doors. Wooden, sheet metal, and armored. Sheet metal are the most used doors. Beware as the wooden door can easily be broken with tools. Always place a lock or code lock onto your door. Code locks are recommended as you can lose the key or have it be stolen, giving players access to your base. 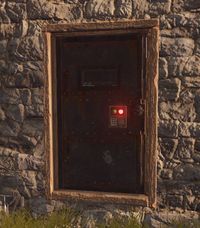 Ores
When you harvest rock nodes, you will also gather a variety of ores including:
-metal ore
-sulfur ore
-high quality metal ore
When smelted in a furnace or large furnace, they will give you the following;